On Wednesday, October 19th, the Office of DEI and the Writers House hosted a Fashion Show and Open Mic. This event was part of Campus Inclusion Week, a week of programming designed to bring the campus community together to celebrate the complexity of our diverse identities as well as to celebrate others. This event offered the campus community a chance to showcase fashion and artistry from different styles and cultures. The program was split between two acts: the first invited participants to wear traditional attire and/or perform pieces from their culture or country; the second gave participants a chance to wear clothing that represented their personal style and individuality. Students and staff from across the campus community participated in the show and attended to cheer them on.

The event was made possible by the Office of DEI, the Writers House, and the brave models and performers. DJing by Julian Thomas ‘25, known as DJ Jules. Photography by Brandon Webb ‘25. 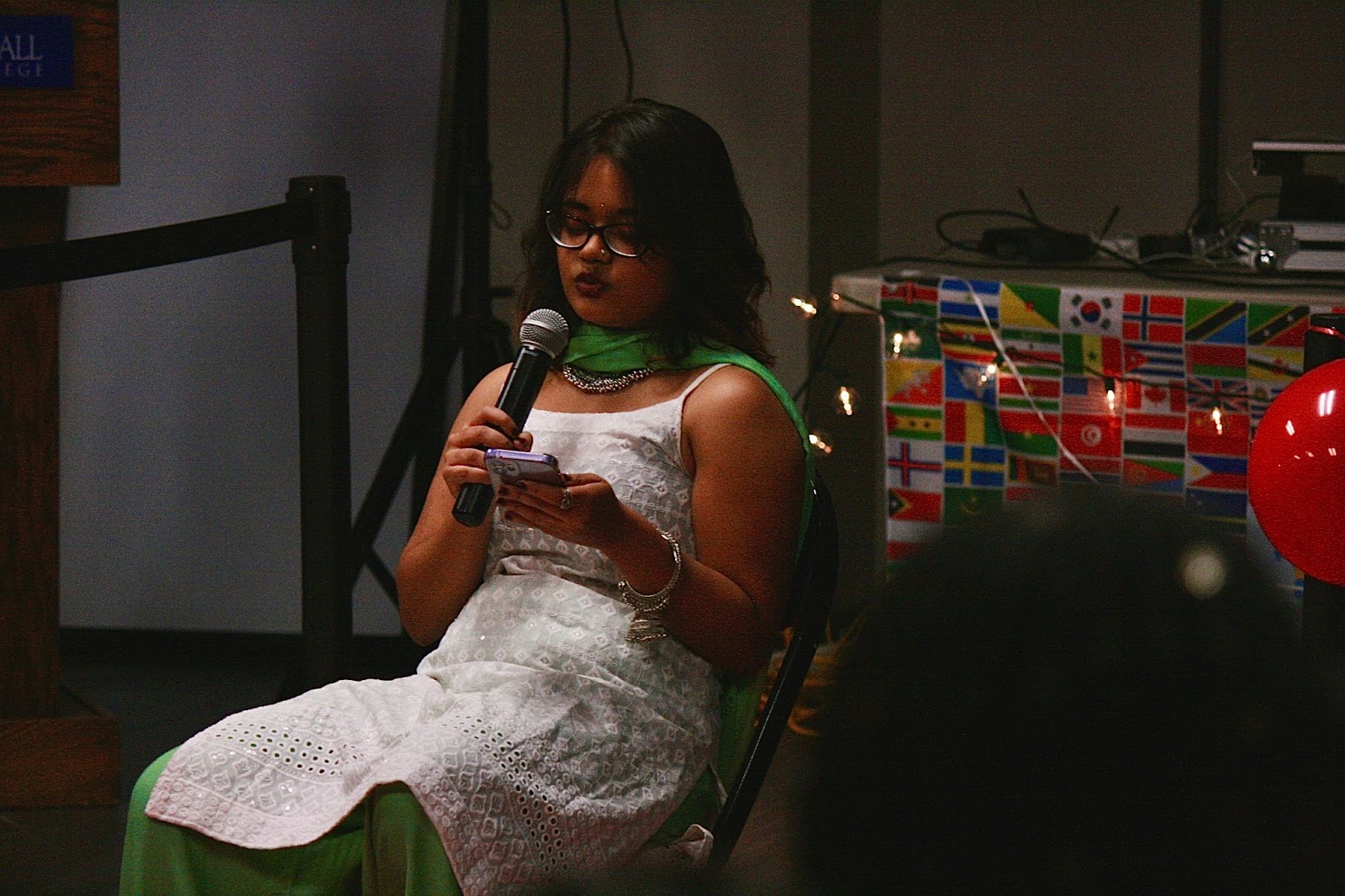 Alfee Rubayet ‘24 reads a short story about growing up in Bangladesh while wearing a traditional salwar kameez.

Lily Vining is Campus Life Editor. Her email is lvining@fandm.edu.

A Summary of Diplomatic Discourse: A History of the Protest Tree and Intersectional Identities