(Since the time this article was written, both Tyrese Haliburton and Domantas Sabonis have both been traded for each other, and numerous reports have emerged regarding the discussion between the Sixers and Nets regarding a Simmons-Harden trade.)

The most exciting time of the year for basketball fans, the trade deadline is the last day at which NBA teams can trade for players before the final championship push. Leading up to the All-Star game, this year’s deadline could have some big names looking for new homes.

With the February 10th trade deadline rapidly approaching, NBA GMs are scrambling to put together deals to improve their teams for a championship push, or to set their team up for future success. It seems like the market is perfect for a blockbuster trade for a franchise-altering star like Ben Simmons. Leading the NBA in open threes created, the young All-Star has been embroiled in trade rumors since early last season, when he was almost shipped to Houston in a package for James Harden. With the emergence of Tyrese Maxey as a talented young point guard, and Joel Embiid continuing to bulldoze through opposing defenses for an easy 29.0 points a game, Harden has shown continued interest in the Sixers, even leading to the emergence of a report accusing both of collusion. Whether he’ll be flipped for a young player like Tyrese Haliburton, or a more established one like Harden, all signs indicate that Philadelphia’s favorite quitter is on his way out (sorry Carson Wentz, you lost your title). With the lack of success experienced by the Detroit Pistons this year, and the franchise beginning to rebuild around Cade Cunningham, Jeremi Grant has drawn continued interest from teams across the league. Having spent his best seasons surrounded by less than ideal talent, executives are interested to see if he can translate his skills and thrive in a more team-oriented role.

Grant is exactly the type of player that teams across the league covet, as a self-creating scorer with impressive on-ball defense. While the Pistons appreciate his talents, Grant has reportedly requested a contract greater than $100 million over four years, which would lock up the Pistons’ future in terms of salary cap. After taking a slight step back compared to last season, but also playing a smaller role for the Pistons, it’s no sure shot that Grant gets traded by the 10th, as teams would have to make sure he is willing to sign long-term. However, with rumors connecting Grant to the Lakers, Knicks, and Bulls over the past months, it wouldn’t be entirely surprising to see a team pull the trigger on one of the nominees for the 2021 Most Improved Player award.

Considered one of the premier signings of the last offseason, Christian Wood was brought to Houston in an attempt to quell trade rumors surrounding James Harden, even after Russell Westbrook was traded to the Wizards. After going undrafted out of UNLV, and bouncing around the NBA G-League before emerging in Detroit, Wood averaged an impressive 21 points per game, along with nearly 10 rebounds and two assists for the Rockets, although the team held one of the worst records in the league at the end of the season.

However, his upside does not come without its luggage, as there have been some concerns regarding Wood’s skills as a teammate. He reportedly caused an argument with another player after showing up late for required COVID testing. Regardless, many teams across the league covet a floor-spacing center like Wood, including the Nets, Kings, Hornets, and Grizzlies. With Wood under contract until 2023 for a very reasonable $13.6 million a year, Wood will probably be moved by the deadline for another young player, or a shot at a high lottery pick from another team, giving both him and the Rockets a much needed fresh start. 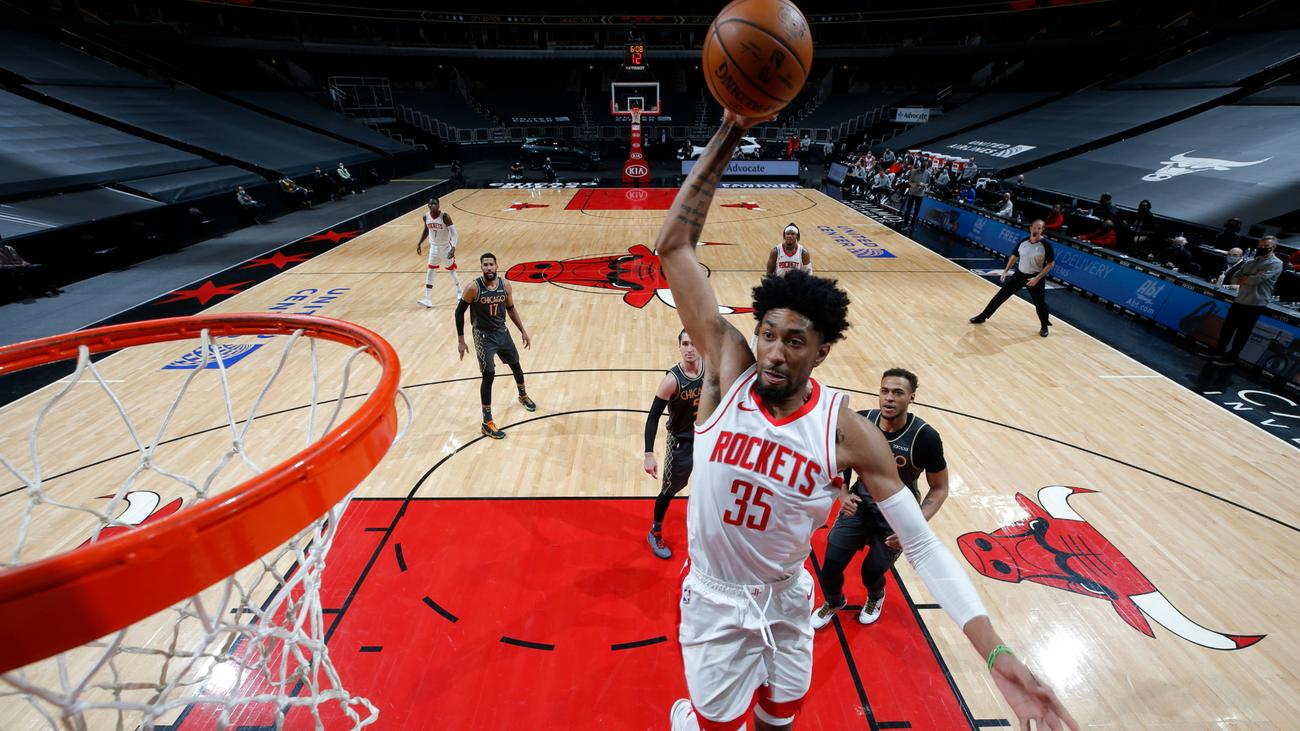 After trying their hand at their modern-day ‘twin-towers’ setup, it seems like the Pacers, much like the Sixers, have hit their breaking point. Rumors have emerged that the Pacers are open to dealing Domantas Sabonis and Myles Turner, with neither winning the confidence of the organization to be a future cornerstone. Sabonis is the more accomplished player as the playmaking center has been elected two-time All-Star, but Turner is intriguing as a 3-and-D center who doesn’t require as big of an offensive role. Neither are signed to bad contracts and the Pacers have been one of the worst teams in the league, so both could be moved at the deadline for future assets as the Pacers transition into a full rebuilding mode. Guard Chris Duarte has emerged as an intriguing prospect, setting the franchise record in points in a rookie debut, while also scoring his career-high versus one of the best teams in the league in the Warriors. Sabonis could play important roles for the Celtics, Hornets, and Kings, while Turner would fit well for the Pelicans and the Hornets, so a deal involving at least one of them by the deadline is more probable than not. Nimai Shukla is the Sports Editor. His email is nshukla@fandm.edu.