For the past week, sports from archery to weightlifting have imposed punishments on Russian and Belarussian athletes in their respective competitions. However, many are questioning whether these actions were taken in time. Why did it take the full-scale invasion of a neighboring country for actions to finally be taken against Russian athletics? Russia has long been a force of evil within the world of sports. Performance-enhancing drugs, bribery, racism, and athlete abuse scandals have severely dented Russia’s reputation over the last couple of decades, yet the IOC and other governing bodies of sport have long given Russian athletes very lenient sentences for their crimes. Russian money flowed through almost every level of the sports world. In 2015, The United States Department of Justice completed its three-year probe into the corruption that had festered within the ranks of FIFA officials for decades. Over 50 people were criminally charged, and hundreds of millions of dollars in assets were forfeited. Yet nothing changed. There was always more money, and more corrupt people replaced those sent to jail or banned from the sport. Despite concrete evidence of bribery and blackmail throughout the entirety of the selection process, the 2018 and 2022 World Cups remained in Russia and Qatar. The evidence of Russian money in sports is all around us, but do the political pressures outweigh the economic benefits for the main governing bodies?

What do these bans mean in terms of the actual sports? For most sports, relatively little. The first sporting event to feel the effects of these changes is the Beijing Paralympics, which have their opening ceremony on March 4th. Russian athletes are completely banned from participating under the Russian flag in this year’s games, but Russian paralympic winter athletes haven’t been able to participate as Russian athletes since the 2010 winter Paralympics in Vancouver. After that, the final phase of World Cup Qualifying begins on March 24th. Russia must defeat Poland on the 24th to reach the final game of WCQ on the 29th, where they will play the winner of the Czech Republic & Sweden for the last European spot allotted for the World Cup. The chance of Russia winning both games is very small, as all three other teams in the group are rated higher in the worldwide rankings than Russia at 35. The Swedes are favored to win the group, although one can never count out Poland and Robert Lewandowski, arguably the best player in the world. To be frank, Russia is an afterthought in this group. 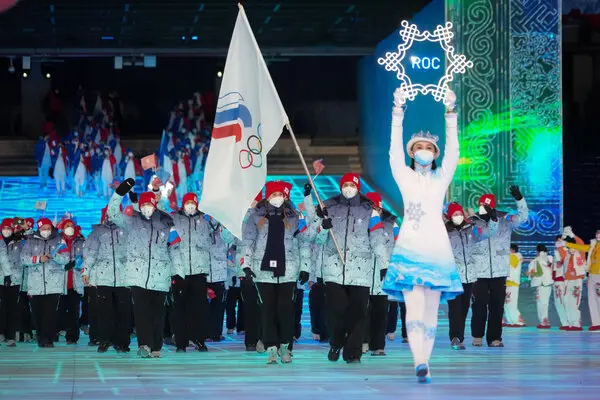 The 2022 Formula One season begins in Bahrain within a month, but the future is uncertain for Russian driver Nikita Mazepin. Mazepin was able to race for American manufacturer Haas because his father’s company, Russian fertilizer giant Uralkali, is their title sponsor. Two days ago, Haas completely removed their title sponsor from all functions within the operation. Furthermore, Formula One officials have held meetings this week on the possibility of suspending Mazepin from the sport. Mazepin finished the 2021 season in last place among all drivers with zero points, so the decision will have little to no impact on the battle for the championship. However, potentially replacing Mazepin with another driver could have devastating economic effects for the small American team. The rest of the sporting world will watch on as Formula One decides if they can survive without the backing of Russian billionaires.

Junior Alex Wintz is a Contributing Writer. He can be reached at awintz@fandm.edu.

Glass Onion Review: How Does it Compare to Knives Out?

Book Review: Better Than The Movies

America, Home of the Great