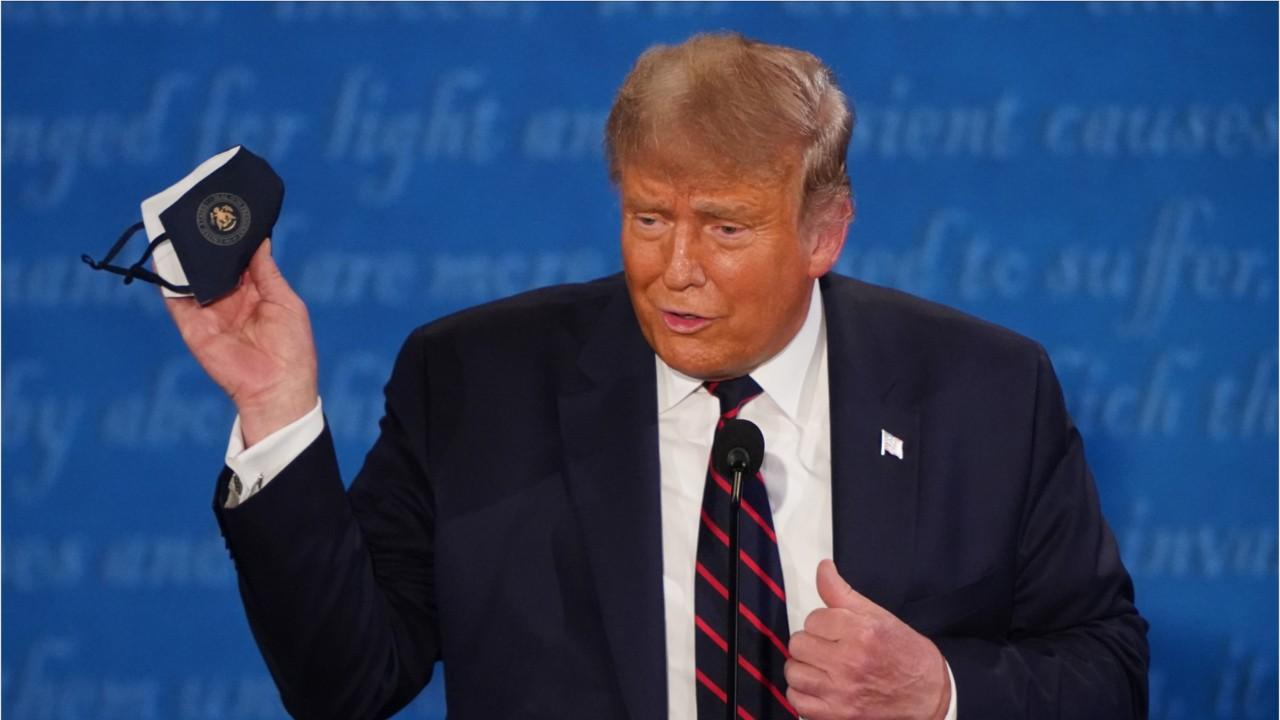 Photo courtesy of One News Page.

In the final weeks before the election of 2020, a year which has been marked by the coronavirus pandemic, President Donald Trump made the startling announcement via Twitter that both he and the First Lady had tested positive for COVID-19 on Friday.

With less than a month until Election Day, Trump was forced to cancel rallies in Florida, Minnesota, and Arizona over the weekend, and postpone campaign events scheduled for the following two weeks. There is yet to be an announcement on whether the next Presidential Debate, scheduled for next Thursday, October 15, will take place.

Reports say that the President received a test after senior advisor Hope Hicks experienced symptoms and tested positive. All West Wing officials involved in the presidential campaign, as well as former Vice President Joe Biden, were immediately tested following the news.
Joe Biden tweeted on Friday that both he and his wife Jill tested negative, adding “I hope this serves as a reminder: wear a mask, keep social distance, and wash your hands.” He also sent his thoughts and prayers to the President and First Lady.

White House press secretary Kayleigh McEnany announced late Friday that the President was transported to Walter Reed Medical Center in Maryland for treatment “out of an abundance of caution” and recommendations of medical experts. Reports also claim that the President was fatigued but in good spirits. On Friday, he received an infusion of an experimental treatment, an antibody cocktail, as well as many other supplements including Vitamin D, Zinc, and Aspirin. In the first 24 hours after his diagnosis, the President’s symptoms went from “mild” to “moderate”, according to reports from the President’s physician, Sean Conley. As of Sunday evening, the President’s condition is unknown, but his doctors did release a statement saying that Trump has received oxygen twice after his levels dipped below the recommended threshold. He is taking a steroid treatment typically given to patients facing moderate to severe cases of the virus, which could be a “big red flag” according to Dr. John Torres.

The news of Trump’s transfer to Walter Reed was concerning to many, considering the White House has a fully equipped hospital wing typically used by the First Family for any medical needs. The decision was likely sparked by concerns that the President’s age and health put him in danger for more severe complications. The CDC reports that eight out of ten people who have died from the virus are over the age of 65. Older adults are also five times more likely to be hospitalized, and ninety times more likely to die from COVID-19. In addition to his age, the President is officially considered obese, which is another risk factor for severe complications from the virus. Though he keeps his health records private, the President is also known to take medication to lower his cholesterol. First Lady Melania Trump, age 50, is at lower risk for serious complications than her husband.

The diagnosis comes after months of Trump downplaying the severity of the virus to the media, though new information shows that he knew far more than he let on in the spring. In one mocking remark regarding public health and a vaccine, President Trump recommended that the public should inject bleach into their arm to ward off infection. Throughout the pandemic, the President also demanded that state governments lift their lockdown orders to revive the economy, and held many indoor rallies against guidance by public health officials. He has also long advocated for the dismantling of the Affordable Care Act, which would leave 20 million people without health insurance during a pandemic. Ironically, anyone else with a COVID-19 diagnosis would face obstacles to gaining insurance coverage due to a preexisting condition, which now debilitates the president. Despite data showing that coronavirus cases and deaths continue to climb in the United States, Trump claimed that “the end of the pandemic is in sight” during a conference last week. This recent news, however, leads the public to wonder how the president feels that “we will defeat the virus” if he himself has fallen prey to its effects.

Some Republicans believe that Trump’s diagnosis may increase support for his campaign and show voters that their president is invincible. “COVID may have taken down 200,000 Americans but it wasn’t strong enough to take down Donald J. Trump.” Said Joe Brettell to Time Magazine.
However, others wonder if the conversation may turn towards Trump’s previous dismissals of the virus’s severity. “I think there would be more opportunity to ‘rally around the flag’ if it was a flag that he had honored, but the fact that he disregarded the crisis is fundamentally a problem for him,” says David Axelrod, advisor to former President Barack Obama. “And his illness is emblematic of that disregard.”

The president’s diagnosis of COVID-19 “is the perfect metaphor for his failure to lead on this issue,” says Democratic strategist Lis Smith to Time Magazine. “For months and months and months he’s been saying this is a cold, don’t worry about it, and now you see him pulled from the public eye because of it.” Smith also says that this news could be just what opponent Joe Biden needs to solidify his lead in the polls. Throughout his campaign, Joe Biden has practiced social distancing and was always seen wearing a mask, a public health recommendation that the President mocked during the recent debate. Biden also opted for more virtual campaign events, compared to his opponent’s rallies where supporters frequently attended without masks and broke social distancing requirements. Now, with November 3rd looming only four weeks away, Biden’s campaign is continuing with its scheduled trips to battleground states, while the President is confined to quarantine.

If the President’s condition were to worsen in the following days, the Constitution provides a line of succession for the Commander in Chief. Under the 25th Amendment, the President can sign his responsibilities off to Vice President Mike Pence while he is temporarily disabled from service. This has only been done three times since the amendment was put into place in 1967. If the President’s condition left him incapable of running for reelection, The Republican party has two options to replace the presidential candidate– either reconvene the entire convention, a total of 2550 delegates, to pick an alternative or for 168 members of the Republican National Convention to select another candidate with a majority vote. This decision could not be reached until two weeks after November 3rd, at the earliest.

With ballots already printed and thousands of votes already placed, the election is unlikely to be postponed. In the meantime, the nation is left holding its breath and refreshing its news timeline for updates on the President’s health.

First Year Lily Vining is a Contributing Writer. Her email is lvining@fandm.edu.