What the NFL Season Has Told Us So Far

Jacoby Brisset is better than Tua

Everyone expected the hot Las Vegas Raiders to run through the injured Miami Dolphins; Jacoby Brisset wasn’t going to let that happen. Morphing into prime Ben Rothlisberger, throwing for 215 yards and rushing for 37 and a TD, carried the team on his back through awful play-calling, pushing the game into OT. Miami’s defense bent but didn’t break, allowing a field goal, but the offense completely lost steam, barely stringing a drive together for a field goal of their own. Derek Carr, already having thrown for 386 yards and two touchdowns, led the team on another drive for the game-winning field goal as time expired. Raiders win, 31-28. 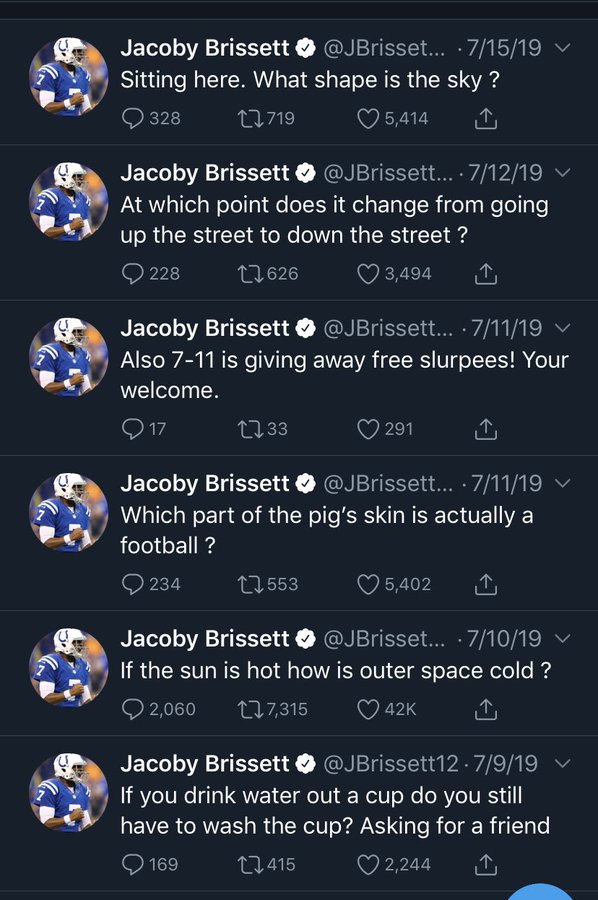 0-4 in his last 4 games, 1-2 in championship games, Trevor Lawrence should probably be benched, cut, or traded. Ok, but seriously, the Jaguars are looking pretty rough, losing 31-19 to the Cardinals. Obviously, the matchup was tough, but the Jags were actually leading in the third quarter by 9, looking to end their 18 game losing streak. Jamal Agnew even returned a missed field goal for 109 yards and a touchdown, tying the NFL record for longest score. But then, the Cardinals started playing. Kyler Murray led two scoring drives, with James Conner running in from the goal line to hog the fantasy points. In between these drives, Trevor Lawrence, who seemed to have joined the Cardinals, threw an awful back foot pass directly to Byron Murphy for a 26-yard pick-six, and Murphy’s second pick of the day. Watch next week as the Jaguars close in on Tampa Bay’s streak of 26 consecutive losses.

Most people could have guessed Stafford was gonna be good on the Rams, but it looked like Stafford was back in his prime, throwing for 343 yards and 4 touchdowns on the Buccaneers, torching one of the top defenses in the NFL, and the reigning champions. Already with 942 yards, 9 touchdowns, and just 1 interception on the year, Stafford is one of the leaders in the MVP race just a year after a statistically-mediocre year where he led the Lions to a 5-11 finish. With Aaron Rodgers showing why he’s the reigning MVP last night, Stafford has to keep up his high level of play to prove he’s amongst the best in the league, and maybe start to cement his place in Canton.

Who would have thought that one of the top receiver prospects, specifically one with only 5 drops in his last college season, would learn how to catch again after his highly publicized preseason struggles (c’mon, he said he couldn’t see the ball, he deserves to get bullied for that). Ja’Marr Chase must have gotten LASIK or something, since he’s hauled in 11 of 16 targets for 220 yards and 4 touchdowns, leading the Bengals in receiving yards and touchdowns. The Burrow-Chase connection seems to have picked up where it left off, since Ja’Marr has been responsible for over a third of Burrow’s yards, and over half his touchdowns. Maybe opposing coordinators can find a way to try to scheme around him, but as of now, it seems like Chase has been everything he was advertised to be, maybe even better. Photo courtesy of The Athletic.com 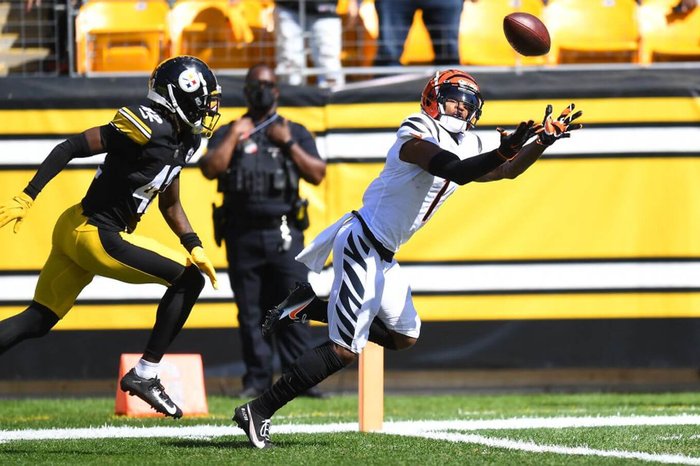 Justin Tucker is the GOAT

Justin Tucker is automatic and anyone who says differently is dead. Justin Tucker and the Ravens played against the Lions this past weekend and everyone thought the Ravens were going to blow them out the gate. But Detroit played like their city and that is tough. Flanked by Jared Goff and Jamal Williams they were up by 1 point with a second left. Then here comes Justin Tucker who is pretty much automatic from 50 yards and in. The only issue was that the Ravens were setting up for a 66-yard field goal, which would turn out to be an all-time NFL record. Despite this, we saw the king Justin Tucker step up and make the friggin kick. Like how much worse could it be for Detroit Lions fans, you waste the careers of Barry Sanders and Calvin Johnson, forcing 2 Hall of Famers to retire early. It is truly unbelievable, you also have to live in the miserable city of Detroit (No offense to my Detroit fans). Then as you’re about to beat a solid Ravens team, whom many thinks are contenders, you get an NFL record 66 yards in your face. It also hit the goal post and bounced in, which was just adding to the carnage. Shout out Justin Tucker for being the kicking king and also shout out my Detroit fans, I feel for you guys.