Many of us awakened the morning of June 23, 2021, to an email from The College Reporter. In between vaccination updates, basketball news, and the inspiring, heartfelt words of a fellow student—words about Pride Month and identity that should have garnered far more attention—there it was: “Franklin and Marshall Faculty Statement in Solidarity with Palestine.”

We clicked in. We scrolled. We read top to bottom.

“Jewish supremacy.” “Ethnic cleansing.” “Apartheid” and “settler-colonial state.” These phrases did what inflammatory phrases do: They reduced thousands of years of conflict and complexity to words lacking scope and nuance. They refused to acknowledge or honor F&M’s mission to engage diverse voices in meaningful, inclusive dialogue. And in their irresponsibility, they burdened many of us with feelings of anguish, exasperation, and powerlessness.

We wish to dwell neither on the logos nor the ethos of this issue; the Franklin & Marshall alumni and faculty response letters have already done so with wisdom, intention, and grace. We, three Jewish student leaders, would rather speak to the pathos of the statement—which is to say, we would like to shed light on how it intersects with our Jewish narratives. Because for us, this is not a matter of disembodied politics. This is a reminder of the antisemitism that swells around us; this is a call for its active condemnation.

Despite all the hardship, this past year brought us, Hillel leadership worked tirelessly to support Jewish students and strengthen our community. We created meaningful programming, led engaging services, and even distributed food for socially distanced Shabbat dinners. We did all of this to create a safe space for Jews to celebrate and cherish being Jewish on F&M’s campus.

The abhorrent and offensive language adopted by these faculty (many of whom we trusted as advisors, professors, and house deans) undermines our impactful work and flat-out jeopardizes the safety of Jewish students on this campus. While their intent may have been to support Palestinians, their divisive, inflammatory words reflect a disturbing trend throughout the country: The Anti-Defamation League (ADL), which tracks incidents of anti-Jewish violence and bias, identified a staggering 75% increase in antisemitism reports to the agency’s 25 regional offices since the recent violence between Israel and Hamas. This is not a coincidence.

During my freshman year, I saw a trusted friend and Jewish leader on campus break down in tears because 11 Jews were slaughtered at a synagogue in his childhood community of Squirrel Hill, PA. Shortly after, I received news that a synagogue 20 minutes from my house in Poway, CA had been brutally attacked, leaving one dead and three injured. My twin called me in horror thinking that our mom might have been at that synagogue. I’ll never forget that phone call.

I saw both of my childhood synagogues make the heartbreaking decision to employ armed guards to protect us from antisemitic violence. Antisemitism is real, it’s horrifying, and it is threatening Jews all over the world. The faculty’s language, particularly the despicable use of “Jewish supremacy,” instills fear in Jews on this campus and emboldens those who disdain Jews to act on their hatred.

In September of 2020, my father passed away after a very short battle with pancreatic cancer. Even through constant trips to the hospital and many days of sadness, I never lost faith in my religion or my belief in God. That is because my dad taught me to make Judaism a part of my life forever. For my family and me, it was hard to process the trauma of losing my dad. Despite that trauma, my family and I practice our religion daily and will continue to pray for a better tomorrow.

As I read the offensive faculty statement aloud to my mom, we were both shocked. I believe that I can speak on behalf of my fellow Jewish peers at F&M when I say that we have always felt fully supported. Until now, I have never once felt unsafe or uncomfortable with practicing my religion on campus or ever feared a negative response to my Judaism. For the first time in college, as I approach my senior year, this statement makes me nervous to return to Lancaster and express my identity on campus.

The faculty statement unfairly condemns and smears a place with significant meaning to the Jewish community and demonstrates a profound lack of education. The Israeli-Palestinian conflict has been going on for decades, and there are a lot of pieces to the highly complex puzzle.

When the most recent crisis began in Israel, I saw harsh and insensitive anti-Israel social media graphics, and I felt as if the voices of my Jewish peers and I were being marginalized. It makes me uncomfortable that people, including certain faculty members at Franklin & Marshall, do not consider the consequences of posting such inflammatory and misinformed rhetoric. And online, people seem to think it is okay to spread hateful words without any thought as to whom they might hurt.

We need to be open to education about important moments in history and prioritize coexistence and dialogue with those who hold a different perspective. The Israeli-Palestinian conflict exists, and rather than picking sides, as a campus community we must advocate for peace.

Here is a line that we say during Shabbat Services every week from the Prayer for Peace: “We have all come into being to praise, to labor, and to love.” This line always resonated with my dad, and every time I utter these words, it makes my heart feel full. I believe that this phrase can guide those in the Middle East and the F&M community. I pray that we can come together to encourage peace and unity over division.

“I just drew a swastika in the snow,” he grinned at me, pointing to a small, bright patch of Buchanan Park. “See it?”

Our friends laughed the way friends laugh when a friend says something offensive but presumably in jest, and therefore not off-limits. It was the second semester of my freshman year, and I had become well-acquainted with this particular brand of “comedy.” The Holocaust jokes abounded, along with snide remarks about my increasing involvement in Hillel, in Jewish life. (“You should just quit with the whole Jewish thing,” I was advised over text.) I tried, albeit in vain, to make clear that I was not fond of the commentary. But my attempt at self-defense, I now realize, was weak. Was much too generous. Because this was not an issue of fondness. This was far more sinister.

I am a Jewish American with Israeli citizenship. I utter these words with pride, but also, sometimes, fear. Seeing the guards stationed at the entrance to my synagogue always triggered my unease, despite their being stationed there to enhance my safety. Hearing my grandmother’s missile-alerting app sound in rapid succession—pingpingpingpingpingpingpingpingpingpingping from Hamas—made my shoulders tense, as did the time I told a professor about my Israeli roots and all she could offer was “it’s complicated over there;” ditto when a fellow student expressed surprise about “how many Jews there are on this campus. I mean, like, it’s not a bad thing, though.” And bonding with a waiter only to notice the SS ring on his finger quickly quelched my appetite, but I went and ordered the zucchini fries anyway because I didn’t know what else to do because they warn you about antisemitism but not what to do when it smacks you in the face.

My response to the faculty letter, then, was no different. I hadn’t even gotten out of bed for the day, and I felt helpless—casually betrayed by beloved members of my community. The tears came before I could bid them away. I called Amy, director of the Klehr Center for Jewish Life. We spoke for a while. An alumna called me. We spoke for longer. I thought about, and then couldn’t stop thinking about, how I wouldn’t even be alive if it weren’t for Israel.

And, yes, nations are indeed “complicated,” a word defined as “consisting of many interconnecting parts or elements” and “involving many different or confusing aspects.” This is why it remains vitally important that we appreciate these age-old complexities rather than reducing them to one-dimensional storylines. This is also why we must work toward mending Israeli-Palestinian disunity rather than cleaving it further. (As it happens, the verb cleave offers two definitions: “to divide,” and “to cohere to.” I stand forever in support of the latter meaning.)

One of the great blessings of my life is that I share the company of many, near and far, who not only embrace my Jewishness but empower it—empower every part of it, even those parts I have yet to discover, even the ones that bring me great pain, and especially the ones that instill comfort, fulfillment, belonging, and joy. I may not “look” or “sound” Jewish—as if there were a way to homogenize all Ashkenazi, Mizrahi, Sephardi, biracial, adopted, converted, and otherwise self-identifying Jews—as some have been oddly eager to point out (“You might have gotten by,” a high school history teacher said to me in front of our class during a Holocaust symposium). I may not have everything figured out (do any of us ever, really?). But hear this, friends:

I am a Jewish American with Israeli citizenship.

I utter these words with pride. 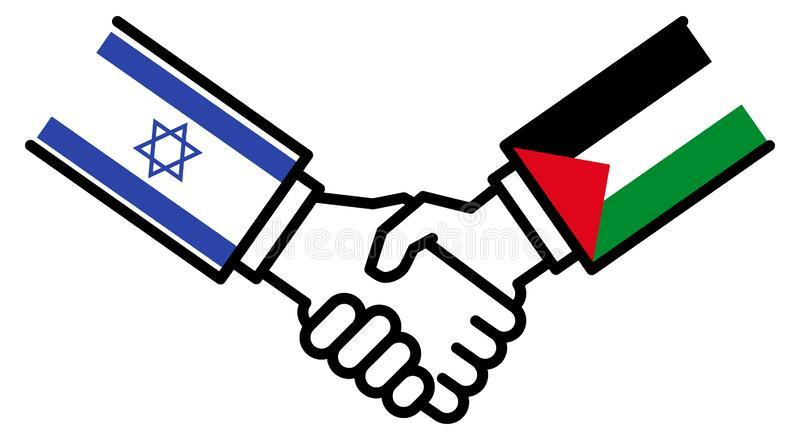 Floods in Pakistan: How Have You, F&M, the US, and the World Contributed to a Growing Crisis

Floods in Pakistan: How Have You, F&M, the US, and the World Contributed to a Growing Crisis