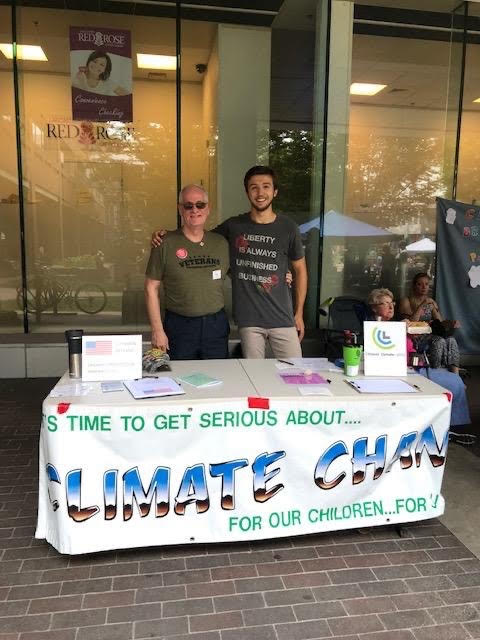 Over the past two years in Lancaster, I have had wonderful moments with local citizens through numerous initiatives with the Lancaster Chapter of Citizens Climate Lobby. Those activists often put in the most work without asking for anything in return. One such climate activist is James Sandoe of Ephrata, Pennsylvania. We have worked together on numerous occasions, so I asked him a few questions about his history with community service, what got him started and which engagement projects he is working on currently.

What does the environment mean to you?
The environment became my cause after I destroyed my back at work. It took 6 surgeries to fix it. I had to retire early and had a lot of free time, so I spent a lot of time on the internet. Climate quickly became my cause. I was drawn to it because of science. I love reading the original scientific reports and even read the IPCC report. Working at CCL international gave me a chance to work on the Paris Climate Agreement.

Why do you work with the Citizens’ Climate Lobby?
After I went through Climate Reality training in 2013, they wanted us to start chapters. I thought that was a bad idea since we had a good number of climate groups already. So I went to several different ones, and I liked the CCL approach. So, I used them as my chapter. Climate Reality was fine with that.

What other organizations do you volunteer and work with?
I am a committee person for Ephrata Democrats and co-founder of Northern End Stands Up—which is now fighting Ephrata Borough for cutting off people’s electricity during a pandemic. I am the leader of the Lancaster Veterans Caucus, which is a part of Lancaster Democrats but gives veterans a seat at the table for all decisions of the Executive Board. I’m also the PA11 veterans’ captain for the Biden campaign. And a member of Common Defense, a National progressive veterans group.

What are some GOTV initiatives you are working on this fall?
Postcards to Swing States, the Environmental Voter Project phone bank, and Vote Forward letter-writing campaign.