The Head and the Heart returns with folk-inspired second album 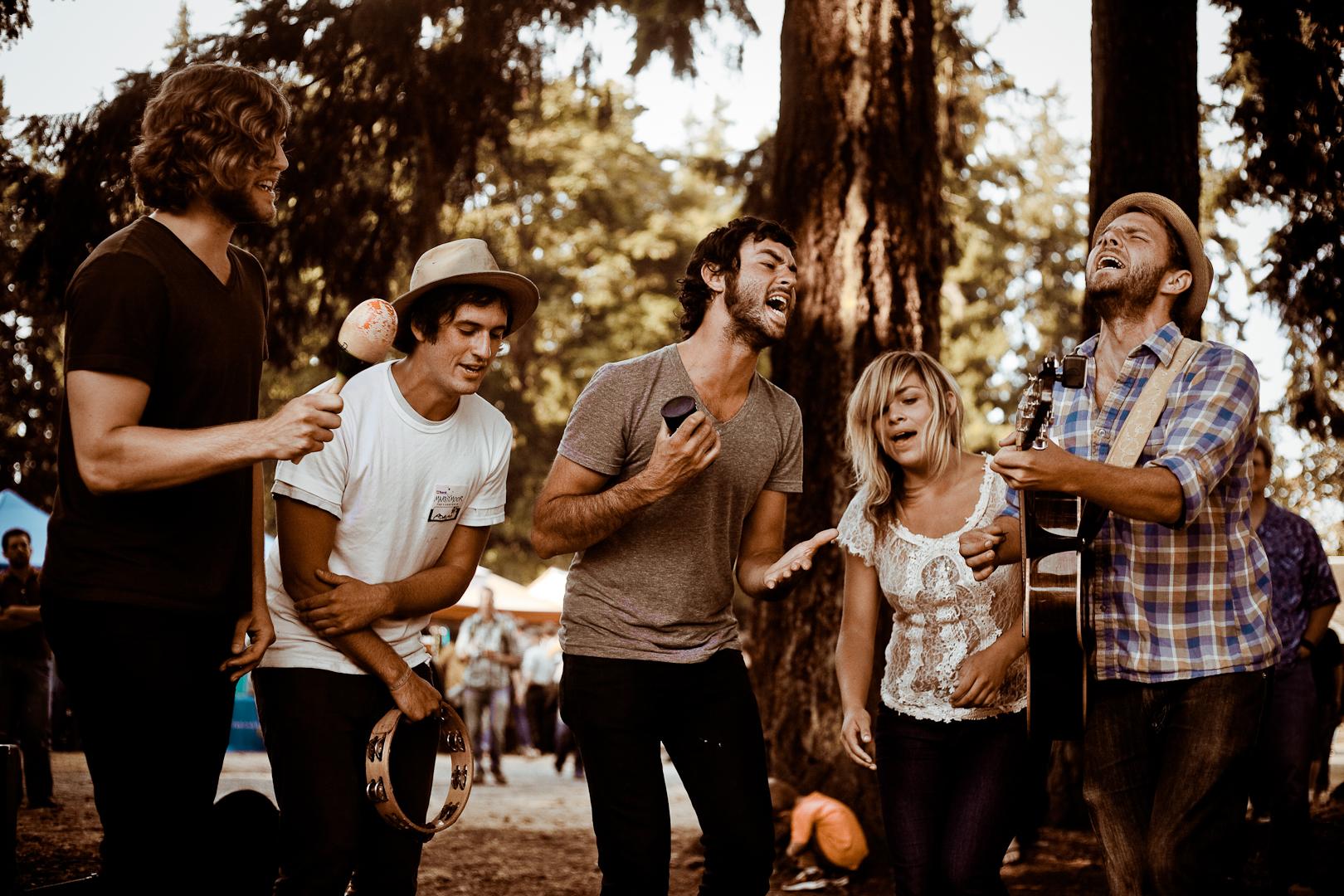 On Oct. 15, the up-and-coming indie-folk band The Head and the Heart released their second album, Let’s Be Still.  Over the past two decades, the Seattle, Washington-based record label, Sub Pop, has produced some of today’s most popular indie bands such as Fleet Foxes and Band of Horses.

The band’s nonstop touring in 2010 and 2011, opening for well-known bands including Vampire Weekend, Dave Matthews, The Decemberists, My Morning Jacket, and Death Cab for Cutie has given The Head and the Heart a great amount of attention from alternative and indie music fans.  Because of the success of their first two albums, The Head and the Heart is currently embarking on their own tour, playing in venues such as Webster Hall in New York City, specifically known for featuring some of the most promising new bands.

Because of all of the touring and time spent with some of the country’s most popular and experienced bands, The Head and the Heart, as displayed on their new album, has expanded their sound, noticeably drawing influence from their contemporaries.  With the first two songs, “Homecoming Heroes” and “Another Story” the band revisits the harmonizing vocals and strong folk elements that were heavily introduced in their debut album.

However, the first two songs are followed by “Springtime” and “Summertime,” which abandon the folk aspect of the six-membered, usually largely instrumentally-focused band. In these two songs there is a drastic shift from a folk to pop-inspired sound, resembling that of the band Camera Obscura. While some indie-fans will enjoy their exploration of indie-pop, many fans of the band’s last album will not appreciate the possibly premature drift from The Head and the Heart’s original contribution to the indie and Americana genres.

A noticeable adjustment The Head and the Heart has made since their first album is the frequency in which the music feature the vocals of Charity Rose Thielen, the band’s violinist and only female member.  Unlike on the first album, where her vocals were used primarily for a harmonizing effect, in Let’s Be Still Thielen is the lead singer in songs such as “Springtime,” “Summertime,” and “These Days are Numbered” and has solos in songs such as “Let’s Be Still.”

The choice to feature Thielen’s vocals more on this album could have a lot to do with the change in sound heard in many of these songs. Thielen’s voice on its own pairs very oddly with folk-inspired music, especially compared with the voices of the other vocalists in the band, Josiah Johnson and Jonathan Russell, and therefore requires more pop-inspired music to adequately compliment her particular voice.

While most of the album contains the beautiful, indie-folk quality of the band’s first album, the changes they already chose to make to their sound may not have been the wisest decision to make so early on in the band’s career.  The Head and the Heart’s debut album was so popularly received because the band created an inventive style people were excited to hear more of.  The influence of so many accomplished bands may have been beneficial to The Head and the Heart’s relationship as a young band and may have inspired them to take risks and explore new styles, but the band may have taken too large of a leap too quickly in order to keep satisfying their fans.

First-year Kimberly Givant is a layout assistant. Her email is kgivant@fandm.edu.