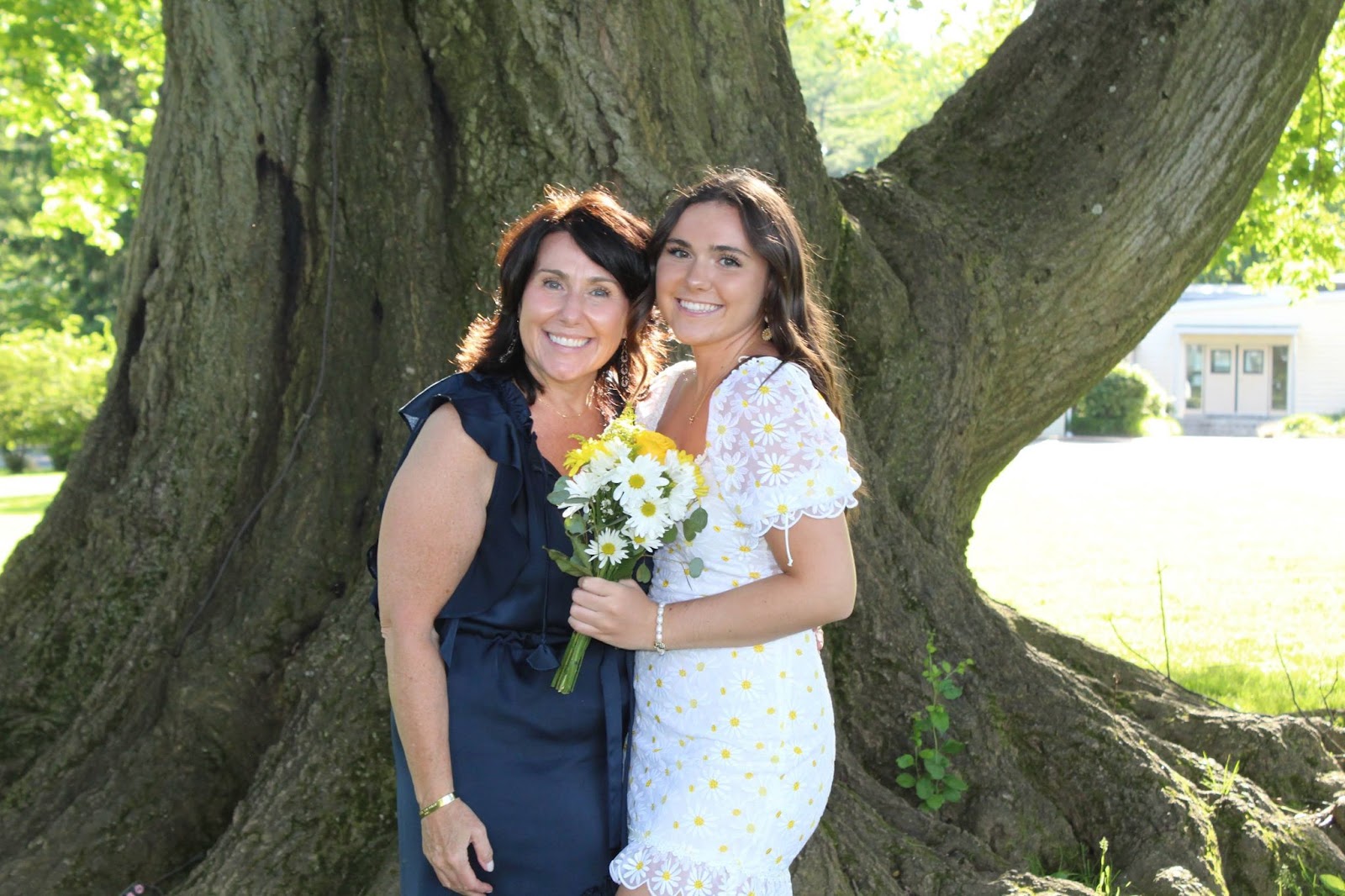 Photo courtesy of the subject.

When asked the question “Who is a woman who inspires you?” The answer was obvious: my mother, Jill Abbott.  Being my mother’s only child and growing up with her basically as my sister, my mom has always been someone I admire. My mom is incredibly hardworking and driven, two qualities that I have noticed and hope I can someday live up to.

As I have gotten older, I came to admire my mother’s resilience through hardships. She is one of the strongest people I know, with one of the most positive attitudes. My mother can take a bad situation and turn it into something positive. For example, I was so inspired by the way she handled her father’s death. My grandfather, Michael San Phillip, was killed on 9/11. After my mother caught wind of the news, she immediately went home to Ridgewood, New Jersey. She began calling every hospital in the New York and northern New Jersey area. Instead of mourning or taking a few days to recuperate, my mother did everything in her power to find my grandfather and did not stop. All this while she was six months pregnant with me. Many people find this topic to be uncomfortable or difficult to talk about, but not my mom. She has written articles, been featured in magazines, and initially inspired me to get involved in an organization called Tuesday’s Children, along with contributing to the book, “Legacy Letters” by Brian Curtis. Tuesday’s Children is a nonprofit organization that provides support to families who have been affected by terrorism, through events and programs that promote togetherness and resilience. My mother’s involvement with this organization influenced me to participate in their program for teens, Project Common Bond. Project Common Bond is a program for teens worldwide who have been affected by terrorism. In the program, we talk about peace-building and bond over loss and resilience.

Seeing my mother be so comfortable speaking about tough topics like loss and terrorism has helped me become comfortable about open dialogue about difficult subjects. This is the way my mother talked about all topics throughout my life. She has made every topic an open discussion, instilling the importance of honesty in my brain from a very young age. That I will continue to cherish as I grow older.

Sophomore Mikki Abbott is a contributing writer.  Her email is mabbott@fandm.edu.